A MAGNITUDE 7.3 earthquake has struck wide areas of northern and north-eastern Japan, the Meteorological Agency says. 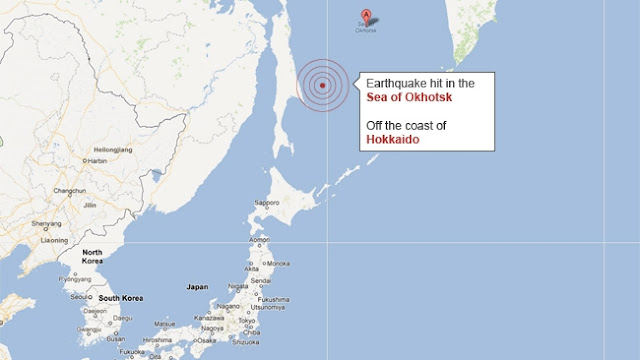 No immediate casualties or damage were reported and no tsunami warning was issued. The quake occurred at 12:01pm (1.01pm AEST) today with its epicentre in the Sea of Okhotsk, off Japan's northern island of Hokkaido at a depth of 590km, the agency said. On March 11, 2011, a magnitude 9.0 quake and tsunami hit north-eastern Japan, leaving nearly 19,000 people dead or missing.
Posted by News at 10:00 PM